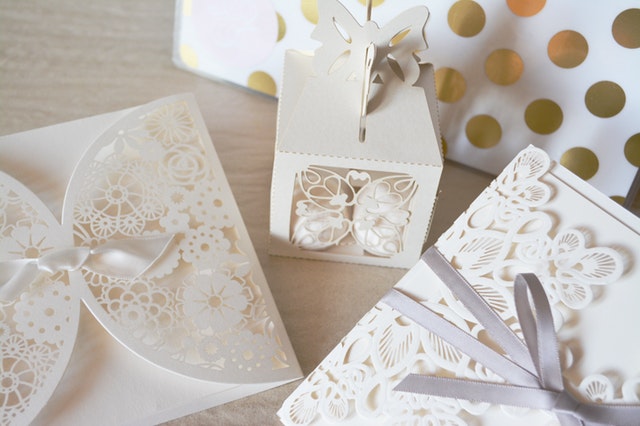 Wedding season brings with it a flurry of wedding invitations. It is often not possible to attend all because of distance, budget, scheduling issues etc and then there are times when you really don’t want to attend a wedding because of personal reasons.

Whatever the case maybe you are left to wonder should you send a gift if not attending a wedding?

Wedding Gift When Not Attending

Who knew there would be so much thinking involved in such a simple decision… Nah! It really isn’t an easy decision. And it doesn’t get any easier as the years go by either.

It is not so easy because it very much depends on your feelings towards the couple. And that’s not all there is to it.

But before I start to break down the level of relationship to where it is okay to not send a gift, I have to dismiss the below two most common assumptions people have about this topic-

It is not a matter of how much you have or not have or what you can or cannot afford. Someone’s finances are their own business, how they want to spend their money and on whom is up to them to decide.

Whether to send or not to send a gift if not attending a wedding is a much bigger thought than whether someone can afford a gift. It is a wedding, not a fundraiser!

Society places too much stress on gifts but most people getting married just want to have a good time.

Couples spend so much time planning their big day. In the end, all they want for that day is to make it memorable and celebrate it with the ones they love even though it means inviting some that are not so loved. (There is always that one person that nobody wants at the wedding but had to invite… we have all been in that an awkward situation!).

They are probably not focusing so much so on the gift part of things that they would invite just about anyone to their special day.

With the two presumptuous thoughts out of the way- I believe that while sending a gift must feel like the most natural thing to do but you should not have to send a gift if not attending a wedding, all the time.

There are times when gifts are not necessary if you can’t attend a wedding.

Even though many might consider it sacrilegious to not send a gift if not attending a wedding, under certain circumstances it is completely okay not to send one.

Not Too Familiar With The Couple

Consider situations where you are not too familiar with the couple or haven’t seen them in a long time.

For instance, the wedding invitation from the daughter of your mothers’ friend.

You haven’t spoken to the person in decades but your parents are badgering you to send a gift because you grew up with the bride and your mom is best friends with the bride’s mother.

It might feel bad and silly fighting with your mom over it but I am pretty sure the couple probably had to send an invite to you at the behest of the bride’s mom!

If you were childhood pals and haven’t seen each other in ages chances are they don’t remember you as much either and won’t take any offense to you declining the invite and not sending a gift.

Wedding Of A Distant Relative

A distant relative also falls in the same category, the only difference being that it is possible that you will bump into them in future during a family gathering.

The matter is always a bit complicated when the family angle is involved, isn’t it? In such cases, it is a good idea to at least show that you respect the invitation.

Even if you don’t send a gift, you should decline the wedding invitation along with a proposal for a future meeting. For instance, you can extend an invitation to the new couple for dinner etc so they don’t feel completely rejected.

If they are not in the same city or country, let them know that you would love to meet them both if they happen to visit your city. This will save you an awful lot of awkwardness if you do happen to meet them later.

They thought of you as a family member while sending the invite so it is worth ensuring that they don’t feel hurt or dismissed.

Wedding Of A Close Family Member

When it is a close family member, however. Notice I said ‘close’. It is a different story if it’s a distant family member but if you know them well enough then you should send a gift, even if it’s something small.

You should also include a note that explains why you can’t attend the wedding along with your regards.

Let them know you will be thinking of them on the day.

Suggested: Wedding Gifts Under $25 That Will Not Fail To Impress The Newlyweds

Another time when you should send in a gift is if you are good friends with the bride, groom or both. You have known them for a while and you would have loved to be there on their special day, but sadly you cannot be there in person.

No matter the reason you want to let them know that you would be thinking of them on the day of their wedding.

This is the occasion where you should send a gift to the couple.

You can choose to pick something from their wedding registry or buy something else that fits your budget.

Suggested: Is It Inappropriate to Give An Off-Registry Wedding Gift?

Speaking of budget, you know how sometimes we go overboard or stretch our budget a little to buy something nice for the couple?

Isn’t it the biggest proof that sending a gift depends so much on your feelings. It goes beyond the customs and social obligations.

Not Attending After RSVP

I think out of all the scenarios the one that’s the most debated is -Should you still send a gift if you decided to not attend the wedding at the last minute?

The simplest answer is a big resounding ‘Yes’!

One of the biggest cost of the wedding is the food. The newlyweds have to pay for each person in advance to the catering company. If you responded to an RSVP with a yes, the couple assumed that you would be coming and already paid for your plate.

The plate of food is not the only cost either.

There are other associated costs as well such as the cake, beverages etc. The couple has to plan everything according to the guest count.

Even if you don’t consider the cost of the plate, that will go unserved, most weddings venues have a limited number of guests they can hold. Because you rsvp’d to their wedding invitation chances are they skipped inviting someone else who was on their list.

It is especially true when people get married in cities where the weddings are screaming expensive like in New York City where a few extra people on the list can mean choosing a different venue altogether.

The couple has to be very selective with their guest list.

In this case, you should send a gift, as you normally would if you attended the wedding.

Sending a gift if not attending a wedding is also subconsciously about what type of relationship you expect with this person in future.

Declining an invitation without proposing a future meeting or not sending a gift in a way says that you don’t see a relationship developing with the couple in future.

Some Rules When Declining An Invitation

Nevertheless, gift or no gift it is a good idea to mind some social etiquette when it comes to responding to wedding invitations.

Make sure to send your RSVP on time even if it reads no. This will let the couple know that you cannot make it and they will not be left guessing until the last moment.

They should not have to feel ghosted by someone they thought of inviting on their special day.

And under no circumstances should you skip sending a response altogether.

The couple has a hundred things on their mind before the wedding. Calling you to confirm whether you are coming or not will be one more thing on their ‘to-do’ list.

Also, it goes without saying… sending a gift, even if small, is a very thoughtful gesture.

The couple surely didn’t plan to invite you in order to get a gift from you but receiving a gift will nonetheless make them feel good.

You don’t necessarily have to pick something from the registry or spend hundreds of dollars. You can easily find something for as less as $25 that will make a nice gift.

Suggested: Wedding Gifts Under $25 That Are Sure To Impress The Couple

These are some of the rules my family follows every year when we receive wedding invitations. Hopefully, these guidelines have helped you make a decision as well. 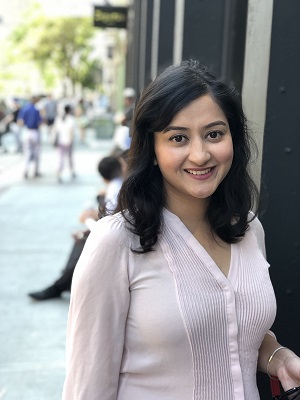 Hi, I am Pearl! Amongst the many cherished family traditions; giving gifts with love and thought is the one that has stayed with me through my life. In this corner of the Internet, I share my passion for finding the perfect gift with the ones that are looking for thoughtful, fun and memorable gift ideas for their loved ones!

“CharmofGifts is a participant in the Amazon Services LLC Associates Program, an affiliate advertising program designed to provide a means for sites to earn advertising fees by advertising and linking to Amazon.com. CharmOfGifts also participates in affiliate programs with Bluehost, ShareASale, and other sites. CharmOfGifts is compensated for referring traffic and business to these companies at no extra cost to you.”